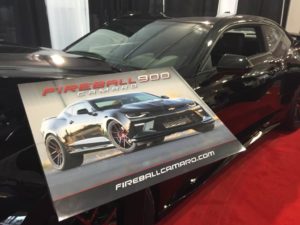 The horsepower standard has steadily crept up over the years. Figures found in super cars of the 1990s can now normally be found in an average crossover, and normally with a much smaller displacement. To play today, power better be approaching 1,000 ponies.

The Fireball Chevrolet Camaro has done just that, and at an incredibly affordable price, too. Fireball revealed the first production vehicle with 990 hp and at a starting price of just $90,000. However, it’s only 900 ponies if you cheap out at the starting price. 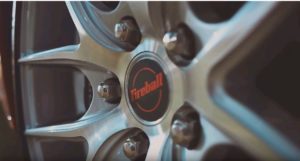 GM Authority Article EXCERPT:
The “Fireball 700” sixth-generation Chevrolet Camaro is a 720-horsepower savage, ready to pounce on Dodge Hellcats, Ford Shelby Cobras and GT350 Mustangs. With capabilities like that you’d expect a hefty price tag, but no, the Fireball Camaro can be had for under $50,000, all in.

Fireball’s 720 horsepower Camaro is making an impression within the automotive industry. We’re excited that some of the industry’s top media outlets and magazines are helping us spread the news that the Fireball Camaro has once again made the Camaro a contender in the American muscle car game.

EXCERPT: If you’re a die-hard American muscle fan like us, then you’re probably yearning to put cars like the Hellcat and Cobra to shame. If so, then look no further than this 720-plus horsepower ‘Fireball 700′ sixth-gen Camaro brought to you by the crew over at Fireball(duh) and only available through Eskridge Chevrolet out of Guthrie, Oklahoma.

Excerpt: Any first is a big deal. First steps, first speeding ticket; it can be good or bad. Though, today, we have something very good. Here is the very first 2016 Chevrolet Camaro to crack the ten-second mark in the quarter-mile. Not only that, but it is successful in pulling off a small wheelie on the jump.

With General Motors packing the C7 Corvette’s LT1 into the 2016 Camaro, certain aftermarket developers wouldn’t wait more than a day before tapping into the engine’s tuning potential. We mean that in a literal sense, with a modded sixth-gen Camaro SS having already managed to pull a 10.6s quarter mile pass.